Of all of my ancestors who served in the military, Sankey Dixon, my 5th great grandfather, served the longest. He is also the Revolutionary War ancestor that I have the most information about (except his wife, Ann).

Sankey was born in 1758 in Hanover Township, Pennsylvania to John Dixon and Arabella Murray. The family was of Scots-Irish extraction, and his parents were likely immigrants from Northern Ireland. Sankey was given his unusual name after the Reverend Richard Sankey, the minister of the Hanover Presbyterian Church. Sankey received a good education and could read and write.

In June 1775, three of Sankey’s brothers, Robert, Richard, and John, enlisted in a local militia company. Sankey who joined the Pennsylvania Line a year or
two later. A Hanover neighbor, Robert Strain, made a shot pouch for Richard with
“Liberty or Death” inscribed on the front. The brothers’ passion and courage so
impressed Strain that he recalled “the whole of the four brothers of the Dixon family were in the service until the war was ended, and were the truest kind of Whigs and Patriots.” Although four of the Dixon brothers were well known for their service, it was Sankey’s oldest brother, Robert, who acquired early fame as the “first martyr of the Revolution,” as result of his participation in the Quebec Campaign. On November 17, 1775, Robert died after a canon ball took off his leg in battle. His death was a sever blow to his father John, who died a few years later. 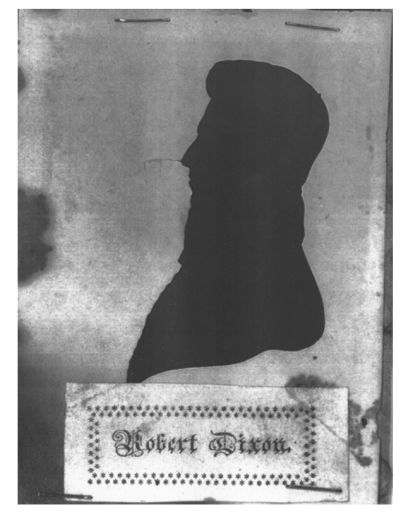 Extant records show that Sankey served in the Pennsylvania
Line of the Continental Army for the majority of the war, which was so predominantly Scots-Irish that General “Lighthorse Harry” Lee called it “the Line of Ireland.” The accounts of neighbors, friends, and his future wife Ann agree that Sankey served throughout the entire war. Both Ann and the historian William Henry Egle report Sankey enlisting as early as 1776. Although there is no military record to verify Sankey’s service in 1776, he was serving in the Pennsylvania Line by early 1777, as in March he received his commission of seargent-major in the 6th Pennsylvania Regiment. Sankey spent the next six years in the army and participated in some of the most famous battles of the Revolutionary War.

Sankey spent the winter and spring of 1777-1778 in Valley Forge with the rest of
the Continental Army as a part of the 6th Pennsylvania regimental staff, which tested the fortitude, health, and loyalty of General Washington’s troops. Through the difficulties of Valley Forge and subsequent battles and winter quarters, Sankey continued to make a good impression on his commanding officers. On August 25, 1779, Lieutenant Colonel Josiah Harmar wrote this letter from Camp West Point:

Sir: By the resolve of Congress, 28 June last, I observe that whenever vacancies
happen in a regiment, the commanding officer is to notify the President of the
State that proper persons may be appointed, I must, therefore, beg leave to
inform your Excellency, of two vacancies in the Sixth Pennsylvania Regiment,
and at the same time to recommend Mr. Dixon and Mr. Humphries to be
appointed as ensigns. The former is my sergeant-major, a person of good
morals, and as brave as Caesar. The latter has been a volunteer in Major Lee’s
corps. The major has strongly recommended him to me as a person of
unblemished character.

Both Sankey and his fellow soldier were granted their promotions, and Sankey received his commission as an ensign on September 1, 1779. Throughout the next year, Sankey continued to serve in the capacity of ensign in the 6th Regiment, Captain Walter Finney’s 3rd Company, participating in battles in New Jersey.

In 1781, Sankey was again rewarded with a new commission as a lieutenant. Soon after, he, and what was left of the 6th Pennsylvania, marched with the 2nd and 5th Pennsylvania Regiments south under the leadership of “Mad” Anthony Wayne to fight in Virginia and the Carolinas. Elizabeth Sturtevant, Sankey’s granddaughter, stated in Ann’s obituary that Sankey was wounded at the Battle of Eutaw Springs, which occurred on September 8 in South Carolina.100 When applying for a widow’s pension, Ann herself told the court in Franklin County, Tennessee, that Sankey suffered a wound to his shoulder during the war, but at that time she could not remember where or when it happened.

Sankey not only witnessed the surrender of the British Army at Yorktown, but he also continued to serve close to the official end of the war. His wounded shoulder healed, he continued with the 6th Regiment, and left Williamsburg for Yorktown on September 28, 1781. One of Sankey’s fellow lieutenants in the Pennsylvania Line was William Feltman of the 1st Pennsylvania Regiment. Feltman kept a journal from 1781 to 1782, in which he described the siege, battle, and surrender of Yorktown in detail. His journal and letters give an insight into Sankey’s experiences in the last years of the war. On October 10, 1781, Feltman wrote this letter to a fellow officer:

Dear Sir: We have been here now four weeks. The British are hemmed in and
they cannot get out. They made a sortie a few nights ago but quickly retired
without effecting anything. Yesterday our field pieces opened fire, the General
aiming the first gun. I have bet a pair of silk stockings with Captain Davis that
Cornwallis and his army would be prisoners of war before two weeks …
Lieutenant Dixon and self had a fine view of the shells our battery threw into
York.

Sankey watched as the men he had served with for several years finally achieved the
anticipated victory over Lord Cornwallis. Feltman wrote that on October 17,
“Flags passing and repassing. Lord Cornwallis proposed deputies from each
army to meet at Moore’s House to agree on terms for the surrender of the
garrison at York and Gloster, and hostilities to cease for twenty-four hours. His
Excellency Genl. Washington allowed my Lord but two hours.”

The officers enjoyed celebrating their victory at Yorktown, even while on duty.
Drinking and billiards were the most popular entertainments among the officers, often leaving the participants ill the following day. Any venue satisfied the officers, from tents to taverns. Sankey enthusiastically joined his friends in these activities. On October 27, Sankey, Feltman, and Captain Irwin were on picket duty, but spent the night “very agreeably, drinking wine….” Unfortunately for Feltman, the next morning he felt the effects of their revelry, and quite possibly so did Sankey.
Although Lord Cornwallis had surrendered, the war had not completely ended.
Sankey remained in the Continental Army for the next eighteen months. Part of the
Pennsylvania Line marched south through Virginia, North Carolina, and finally to South Carolina. While in South Carolina, Sankey and ten other officers left the army on March 13, 1782, probably on leave, and traveled back to Pennsylvania. Feltman entrusted Sankey with several letters to his family in Lancaster County. Sankey delivered the letters, and soon he made his way back to the army. On January 1, 1783, Sankey transferred to the 2nd Pennsylvania Regiment, but he only remained in the army another six months before being discharged in Philadelphia on June 3, 1783. The American Revolution had finally come to a close for Sankey when he was around twenty-five years old, having served continually for over six years in the Continental Army.